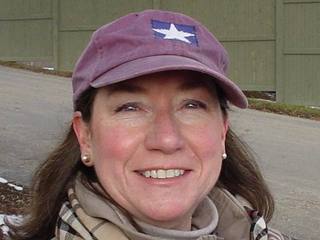 B. Blake Levitt is an award-winning journalist who has specialized in medical and science writing for three decades. She has researched the biological effects of nonionizing radiation since the late 1970's. A former New York Times freelance contributor, she has written widely on medical issues for both the lay and professional audience. Her work has appeared in numerous national publications and has been translated into Russian and Chinese.

Ms. Levitt’s work is referenced in numerous government publications and other resources on EMF. She has appeared in four documentaries; has helped several congressional offices write legislation for energy research appropriations and land-use issues pertaining to antenna and tower siting. At the invitation of U.S. Senators Patrick Leahy, James Jeffords and other legislators, she has participated in congressional briefings on the environmental effects of ambient energy exposures in 2000 and 2007. In May 2002, she was an invited speaker at the Royal College of Physicians, London, UK, on the environmental effects of nonionizing radiation.

Ms. Levitt's primary focus and expertise are on how technology affects biology, including non-human species. She lectures widely on the subject of environmental energy issues and consults for municipalities considering telecommunications regulations, as well as 'smart' technology. She is currently working on a book on the health/environmental effects of the smart grid and the unintended consequences of the "Internet-of-Things."